There’s a thin line between psychology and art, and Alain Gutharc happily crossed it in 1992 when he opened his gallery. As a sophisticated aesthete, the gallery owner appreciates all forms of art, from the most classical, such as painting and photography, to the most intimate, such as those involving the use of video and new digital technologies.

There’s a thin line between psychology and art, and Alain Gutharc happily crossed it in 1992 when he opened his gallery. As a sophisticated aesthete, the gallery owner appreciates all forms of art, from the most classical, such as painting and photography, to the most intimate, such as those involving the use of video and new digital technologies.
That said, he is still very selective and demanding when it comes to the masters whose work he chooses to exhibit, favouring quality over quantity so that each can get the individual long-term monitoring it deserves. Alain Gutharc is actually one of those who are prepared to take risks for young artists whose talent is not yet very widely recognised but who show a lot of promise.
This being the case, he needed a website that was as tactful as it was personal, a sort of showcase not only for his prodigies but also for his buyers and collectors, which include the Ministry of Culture. 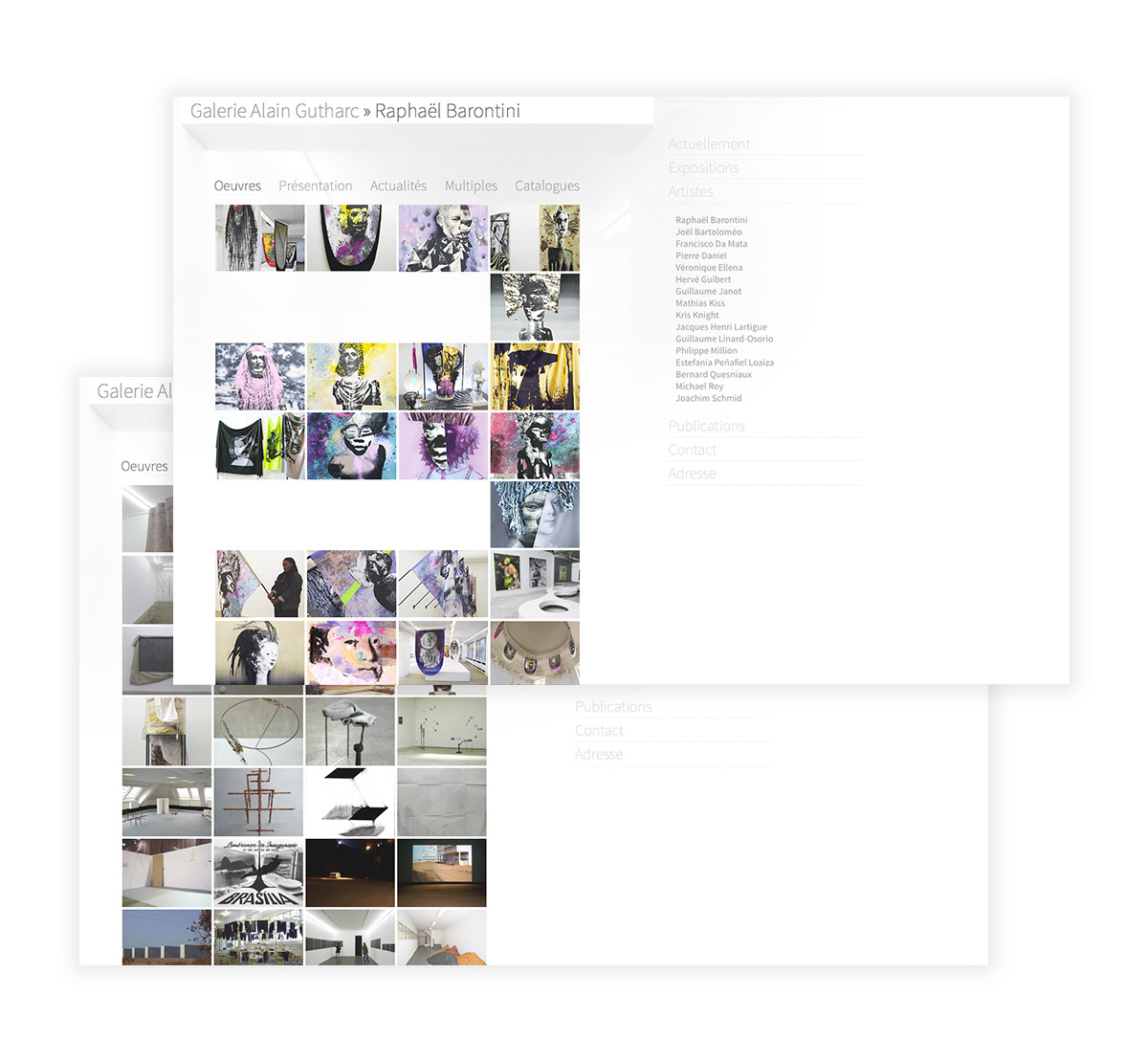 The site was chaotic, difficult to browse and not very easily accessible. Furthermore, the layout and presentation failed to reflect the gallery’s artistic approach.

An elegant website. Clear and orderly from the visitor’s perspective yet at the same time easy and practical to administer. A dual-language version within the same site.

Web design: A clear, understated website that allows the works to truly shine

The feel of a gallery website is vital to reflecting its approach, its artists and its reputation.
Web design and browsing were closely examined and following a series of tests the natural choice seemed to lead to a range of monochrome tones,
the grace and softness of the white allowing the personality of the works featured to shine through.
In keeping with this, the typographical design was also chosen to incorporate shades of light grey, as if it had been traced or lost its colour.
The aim of this minimalist, stripped-down approach was to really allow the works featured to shine through by playing on the contrast with an understated design.
The website is merely a showcase for the artists and all of the pieces exhibited at the gallery, the intention being that it should not overshadow these.

A single menu enables the user to browse the site by clicking on the relevant tab, whereupon the sub-menus appear instantly for intuitive browsing
. It is also possible to explore the gallery by artist, notably thanks to a catalogue of each of the works displayed at the gallery.
Each work can be enlarged whilst maintaining its copyright protection and its protection against large-scale reproduction.

The Galerie Gutharc is a regular fixture at the FIAC (‘International Contemporary Art Fair’) and has established an international clientele. With this in mind, an English version of the site has been incorporated into the same graphical space, making it easier for the user to browse and allowing them to choose whether to read the content in its original version simply by hovering the mouse over the content in question.

The overhaul of the website provided an opportunity to switch from a static site to a dynamic one.

Content often changes along with the exhibitions and is often reused in a different format.
Given the specific nature of the Galerie’s requirements, the developers at 148 chose to create a custom tool rather than to use pre-formatted MS Open Source frameworks and configurations such as Wordpress or Joomla.

This valuable gallery management tool created from scratch enables the administrator to quickly and easily manage day-to-day developments both within the gallery and in the world around it. 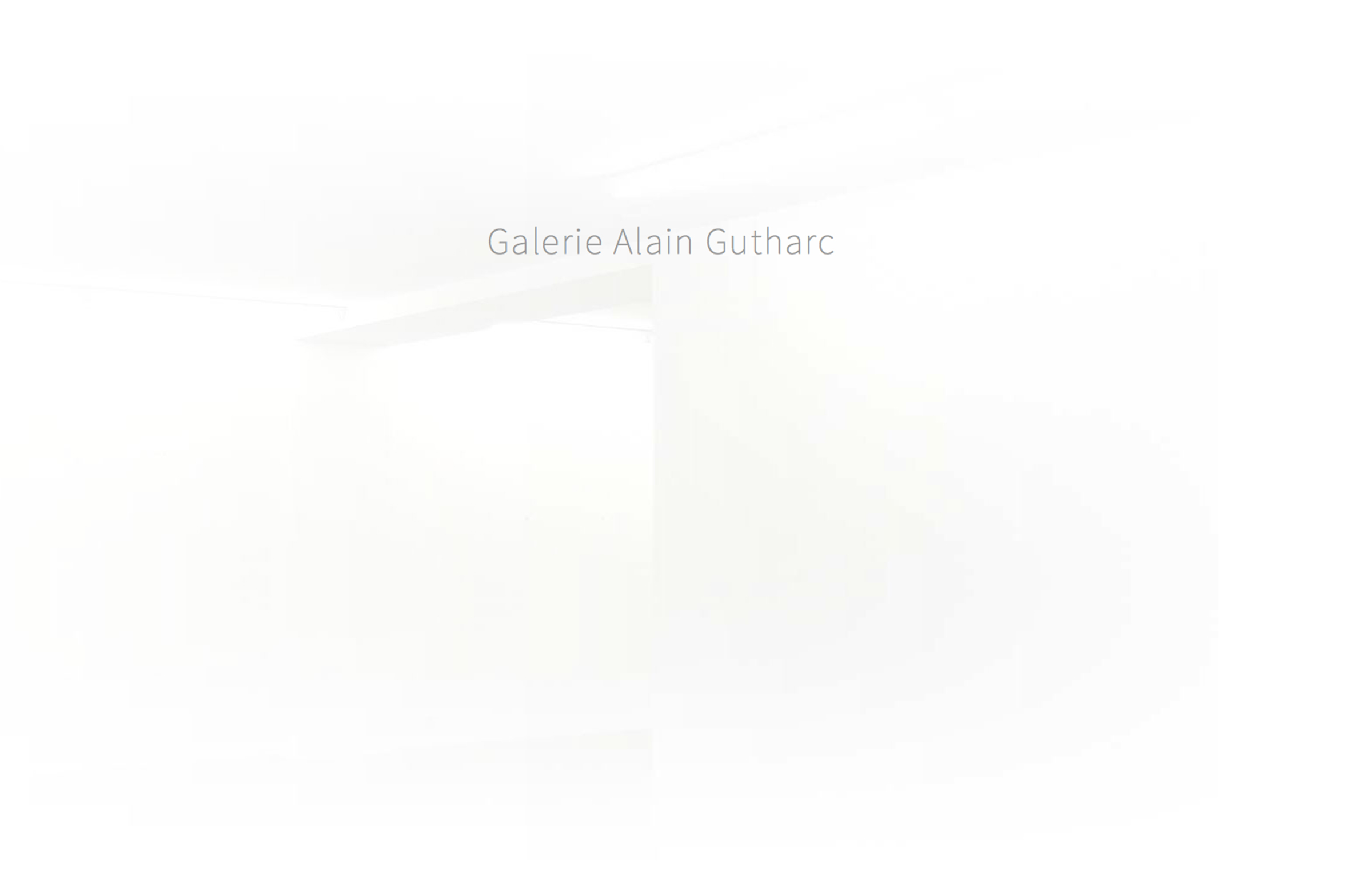 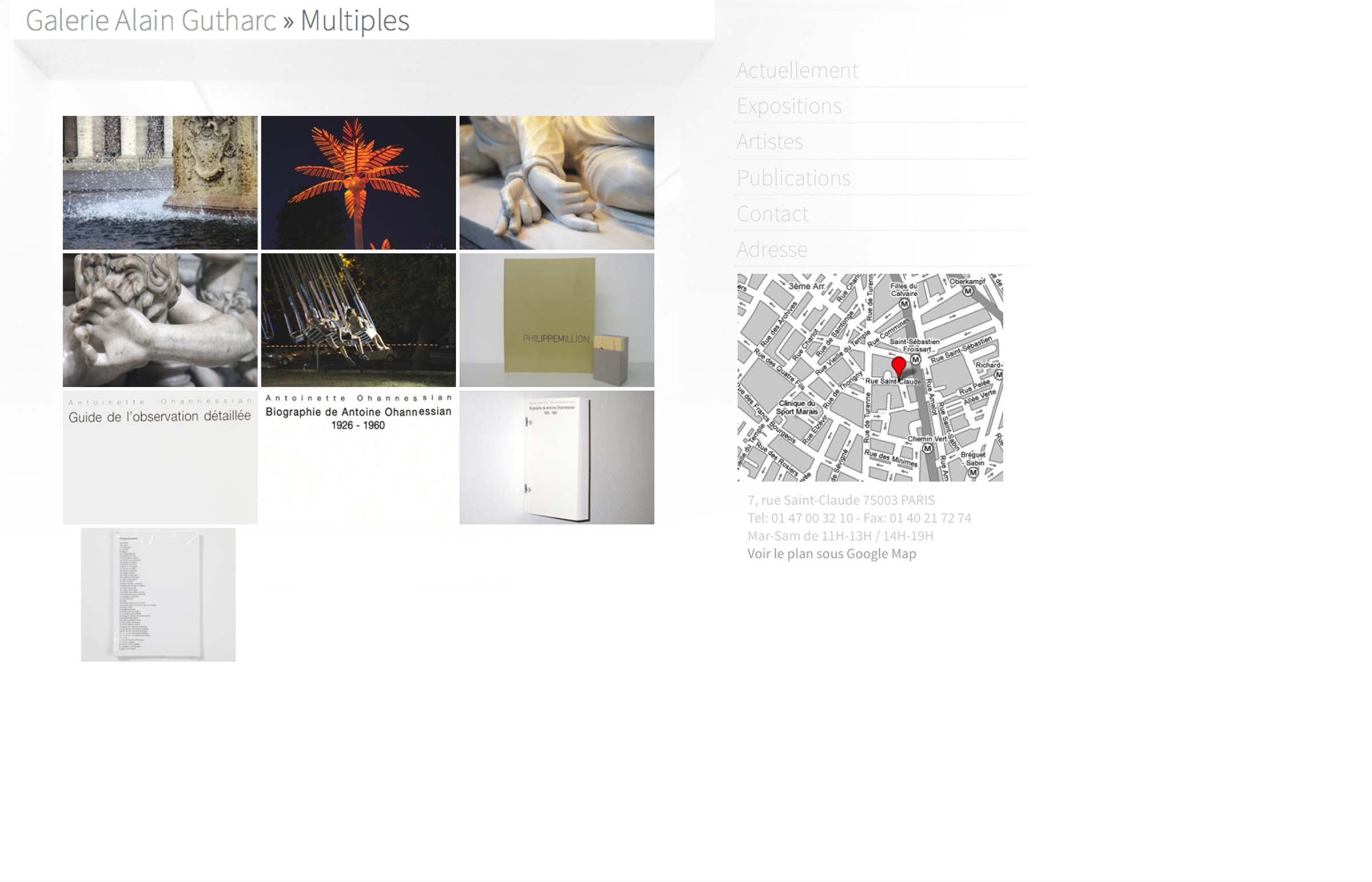 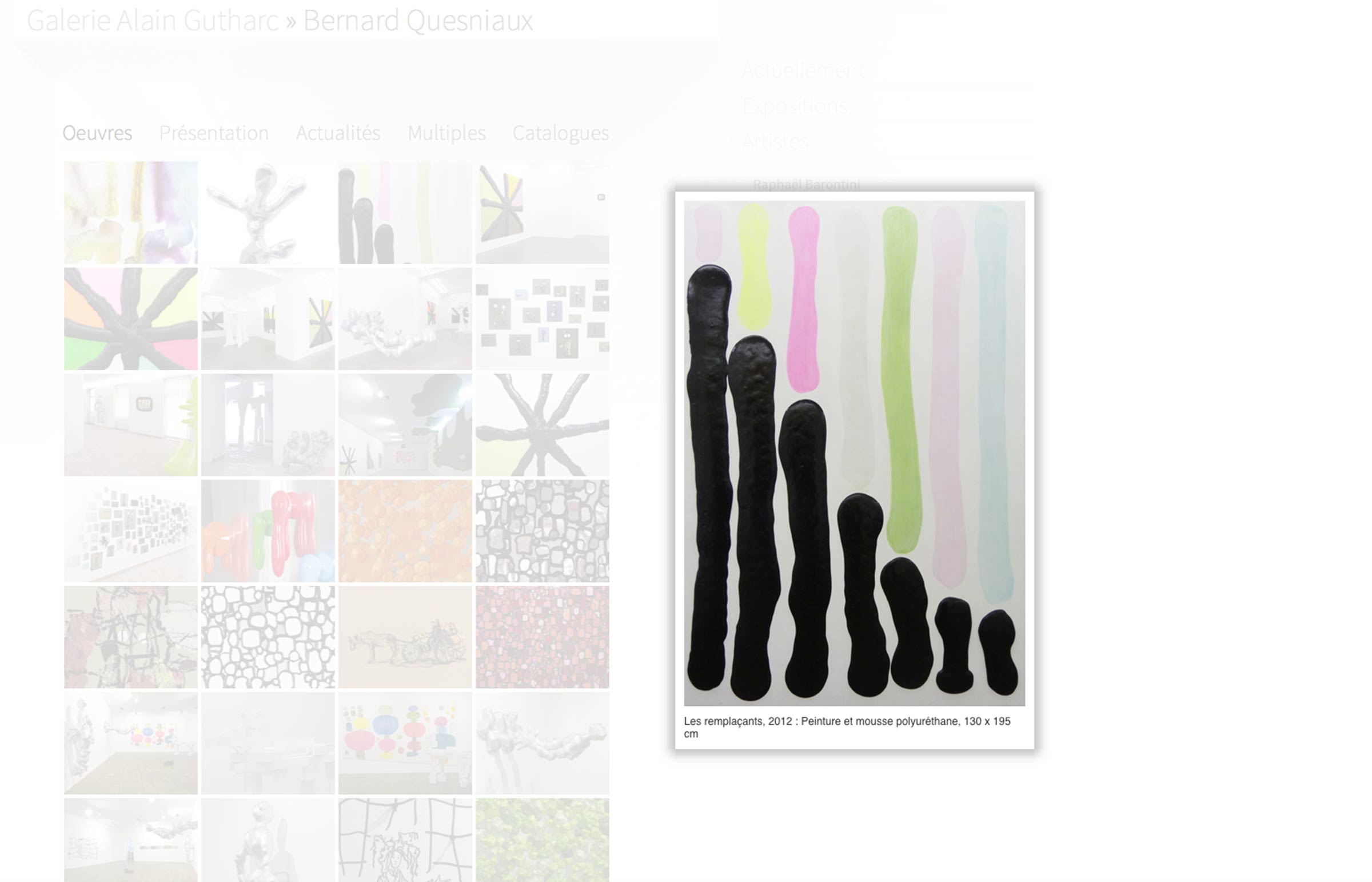 They all took part in the project!

Got a project? Want to talk about it ?

It’s even better if you make it happen !

We use cookies to ensure that you get the best experience on our site. By continuing to use the site you agree to our use of cookies.